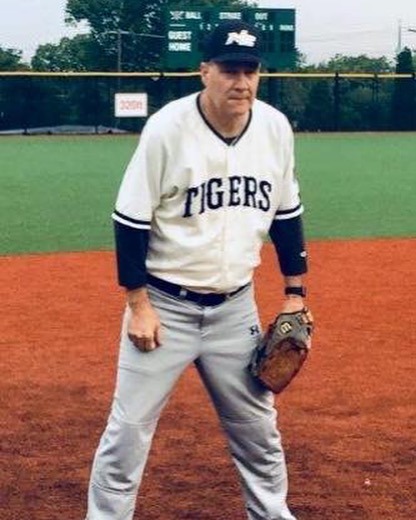 United States Congressman Trent Kelly donned the black and white of the Northeast baseball team in preparation for the Congressional Baseball Game for Charity earlier this summer. Congressmen on both sides of the aisle traditionally wear different high school and college uniforms throughout the game to show support for their state. Kelly, who has represented the First Congressional District of Mississippi since 2015, has been participating in the game since 2016 and makes it a point to wear a #NEMCC uniform during either the game or practice to show support for the college. Billed as a bipartisan event, the Congressional Baseball Game for Charity has been around since 1909 and benefits such charities as The Washington Literacy Center, The Boys and Girls Clubs of Greater Washington and the Washington Nationals Dream Foundation along with making a contribution to the United States Capital Police Memorial Fund in honor of the officers who intervened during a shooting at one of the practices in June 2017. To be a bipartisan event, the two teams are composed of congressmen from both sides of the aisle and is held at the Nationals Park in Washington, D.C. (Photo courtesy: David Wardrick) — view on Instagram https://ift.tt/2X0IoFH