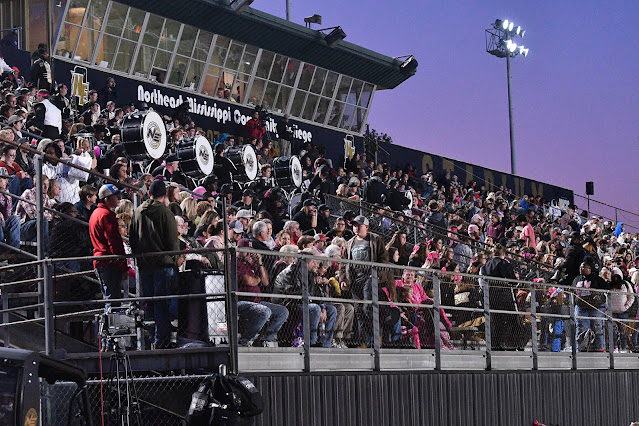 The Tigers will compete in a total of eight contests instead of the traditional nine-game slate during the fall of 2020 due to continuing concerns surrounding the global coronavirus pandemic.

The Mississippi Association of Community Colleges (MACC), which is a body comprised of the Magnolia State’s 15 two-year institution presidents, approved a two-week delay in the beginning of the season and shortened the schedule by one matchup.

Northeast lost a road trip to Mississippi Gulf Coast Community College as part of the statewide alterations. It will be the first time in three years that the Tigers do not meet the defending national champions.

It shapes up to be the second shortest regular season in program history. Northeast participated in only seven games prior to the playoffs in 2005 after Hurricane Katrina wiped out the first two weeks.

“I think the athletic directors and presidents have done an excellent job with what we’re doing,” said Tigers head coach Greg Davis. “This is totally unprecedented compared to our normal daily lives. It’s been a challenging deal for all of us.”

The Tigers will alternate home-and-away contests throughout the abbreviated year. Northeast opens its campaign in the City of Hospitality for the second straight season on Thursday, September 10 against Jones College.

Northeast concludes the non-division portion of its agenda one week later at Hinds Community College. It is the first matchup between the Tigers and the Eagles since September 3, 2015.

The “Battle of the Tigers” with Coahoma will serve as Northeast’s annual homecoming game. It is the latest such occasion for the Tigers since 1998 when East Mississippi came to town on that exact same date.

“Overall, I think the schedule is good,” Davis said. “There are a lot of great teams that we’re going to play this year with a lot of talent. I like the fact that we get the non-conference games first and then we go straight into a run of division games.”

The 2020 MACJC playoffs begin on November 7 with the semifinal round that features the winners and runners-up from both divisions. The state title matchup takes place on November 14.