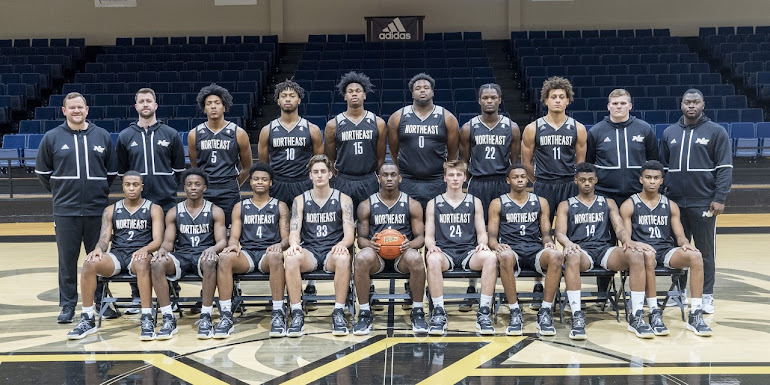 The 2021 basketball season will look different in many ways at two-year institutions across the country.

Teams are set to tipoff more than two-and-a-half months later than during a normal academic year for starters. There will be attendance restrictions, a mirror scheduling format in division play, a reduction in the amount of games during the regular season and changes to the postseason.

However, one thing that has not changed even amongst all the chaos leading up to the new campaign are the high expectations for the men’s program at Northeast Mississippi Community College.

The Tigers are the reigning Mississippi Association of Community Colleges Conference (MACCC) North Division champions. Northeast finished with a No. 18 national ranking and advanced to the MACCC title game for the second time in the last four years.

Northeast is averaging 20 wins per season dating back to the National Junior College Athletic Association (NJCAA) Region 23 Tournament championship team of 2016. The Tigers compiled a 24-3 record during the previous campaign.

The Tigers benefit from the return of three players that all gained starting experience during their respective freshmen years in Cole McGrath of Booneville, Braxton Pritchard from Iuka and Okolona’s Ladarrius Spears.

“The good thing about all three of the guys that are back is they all played,” said Northeast head coach Cord Wright. “Everybody had a different role. You know what you’re getting from them. Especially with so many new guys, they’ve shown the way.”

Spears is the top returning scorer and rebounder for the Tigers after posting 8.3 points and 6.3 boards per contest. He was one of four Northeast standouts to appear in all 27 games one season ago.

Pritchard gave the Tigers some solid minutes on the defensive side of the floor during his inaugural campaign in the City of Hospitality. However, he also produced a team-best 40 percent success rate from long distance.

McGrath is a three-point specialist just like Pritchard. He poured in a career-high 12 points during a home victory by Northeast over Royal Ambassadors Christian School last January.

Blackmon was the Most Valuable Player (MVP) of the 2019 Mississippi Association of Coaches (MAC) North/South All-Star Game. He captured two consecutive Oxford EAGLE Player of the Year honors to conclude his tenure at Oxford High School.

Deandre Hypolite, Josh Mitchell and Jacob Tracey all joined Northeast from other NJCAA affiliates. Mitchell was named to The Clarion Ledger’s prestigious Dandy Dozen and was a first-team All-State selection by Mississippi Gridiron during his senior campaign at Tupelo High School.

Tracey received All-Area distinction by The News-Press three times over his prep career. He accumulated 17.3 points, 5.8 assists and 3.5 rebounds per outing as a senior at Riverdale (Fla.) High School.

Jalin Rice gives the Tigers representation from the Jackson metro area for an eighth season in a row. The Madison Central High School alumnus was chosen to the All-State second-team by Mississippi Gridironfollowing his senior year.

Zeke Cook, RL Mattix and Cooper McCleskey come to Northeast from the Golden Triangle. Cook was the MVP of the 2019 MHSAA Class 6A championship contest for Starkville High School while Mattix and McCleskey suited up for New Hope and Caledonia high schools, respectively.

Khari Adams made the long journey to the Magnolia State from the Motor City of Detroit. Rounding out the Tigers’ lineup of stars are local products Asa Howard from Ripley and Jayvian Shaw of Calhoun City.

“What we’ve got is typical of what we like to do,” Wright said. “We get guys that are well coached from good, winning programs and come from good families. I’ve thought in every aspect that we’ve seen so far we hit on all of them.”