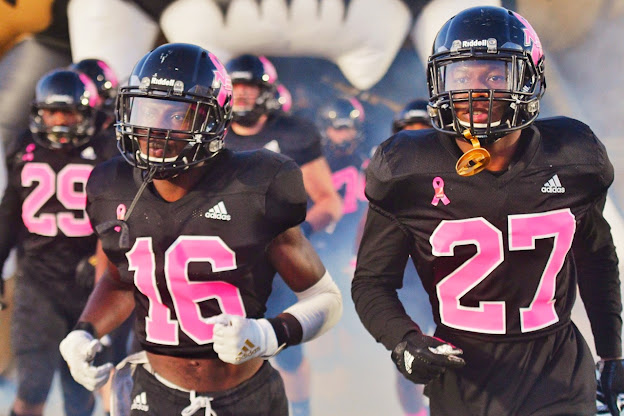 The Northeast Mississippi Community College football program remains on target for a fall season, but with additional changes to its calendar of events.

“I believe the (MACCC) athletic directors and the presidents have made an excellent choice by moving forward,” said Northeast head coach Greg Davis. “I think that they ultimately made the correct decision by moving the season back as much as possible.”

East Mississippi Community College’s decision to withdraw from the 2020 campaign threw another twist into Northeast’s schedule. The Tigers will instead play Holmes Community College in a home-and-home series to fill the open date left by the Lions.

Northeast and East Mississippi have faced each other on the gridiron every year since 1968. The Tigers and Bulldogs have never met each other twice in the same campaign as well.

The last time that Northeast tangled with the same team two times in a year was in 1987. The Tigers visited Hinds for their final regular season contest and then made the journey back to Raymond for the state semifinals.

This is now the shortest regular season in school history. Northeast participated in only seven games prior to the playoffs in 2005 after Hurricane Katrina eliminated two weeks of non-division action.

Three of the first four matchups for Northeast take place inside the friendly confines of Tiger Stadium. That includes the opener and initial tilt against Holmes on Thursday, October 1.

Mississippi Delta Community College serves as the inaugural road opponent for the Tigers on Saturday, October 10. It is the second straight year in which Northeast has visited the Trojans for a weekend matinee.

The Tigers make the return trip south to Holmes on Thursday, October 29 and then wraps up the campaign on Thursday, November 5 by travelling to rival Itawamba Community College.

Northeast technically has a bye week on November 12. Each game this season kicks off at 6:30 p.m. with the exception of Northeast’s matchup at Mississippi Delta, which is set for a 2 p.m. start.

“It’s that time of year. It’s going to be fun and it’s going to be exciting,” Davis said. “It’s amazing to have the opportunity to go out there and compete and showcase your teams’ talents and abilities.”

The MACCC has condensed its postseason to a single championship contest that will take place just before the Thanksgiving break on Thursday, November 19. The MACCC South Division champion will host the title tilt.

Northeast Mississippi Community College’s Kedarius Shell-Dixon (#16) and Drew Leverson (#27) will begin their sophomore seasons on Thursday, October 1 with a home game against Holmes Community College that kicks off a six-game regular season campaign.