A universally beloved figure on the campus of Northeast Mississippi Community College and a significant figure in the tradition-rich annals of the athletic department has passed away.

Jeffrey Powell, who became the first African American head coach of any sport in school history, died on Tuesday, June 23 at the age of 44.

“The Northeast family is heartbroken from the passing of Jeffrey,” said Northeast president Dr. Ricky Ford. “Jeffrey was a huge face of Northeast and will be missed tremendously. Our thoughts and prayers go out to Jeffrey’s family and friends.”

Visitation is scheduled for 5-8 p.m. on Thursday, June 25 at Deaton Funeral Home in Belmont. A graveside service will take place at noon on Friday, June 26 at Carter’s Branch Cemetery in eastern Tishomingo County.

Memorials can be made to the Jeffrey Powell Scholarship Fund by contacting the Northeast Development Foundation by phone at 662-720-7185, by mail at 101 Cunningham Blvd., Booneville, Miss., 38829 or by visiting their web page at www.nemcc.edu.

Powell made history in 2007 after he was asked by Ford, who was then serving as athletic director along with his duties as women’s basketball headman, to resurrect the tennis programs following a brief hiatus away from competition.

Powell made his home debut on March 29, 2007 when the Tigers battled visiting Holmes. Northeast also welcomed Itawamba and Jones to the City of Hospitality for matches later that season.

The Tigers featured a co-ed roster with five male athletes and two female players during his lone year at the helm of the program. Will Ramsey was Powell’s team captain while Jeremy Ozborn garnered the Tiger Award.

Powell’s impact at Northeast reached far beyond the tennis court. He returned to his alma mater in 2001 as the college’s webmaster before rising to the position of instructional technology specialist.

The Tishomingo native was named an Apple Distinguished Educator in 2013 and four years later received the inaugural Olon E. Ray Leadership and Innovation Award from the Mississippi Community College Board (MCCB).

Powell was instrumental in helping Northeast become one of just eight higher education institutions in the entire the world to gain the prestigious title of an Apple Distinguished School earlier this year.

Powell’s positive influence on local children is undeniable. He was a member of the executive board for the Boys and Girls Clubs of Northeast Mississippi and developed the Career Development Academy at Northeast.

One of Powell’s greatest achievements was the 1:1 iPad initiative in 2018. Northeast became the first two-year college in the nation to successfully implement this program and as a result has saved its students thousands of dollars in textbook fees. 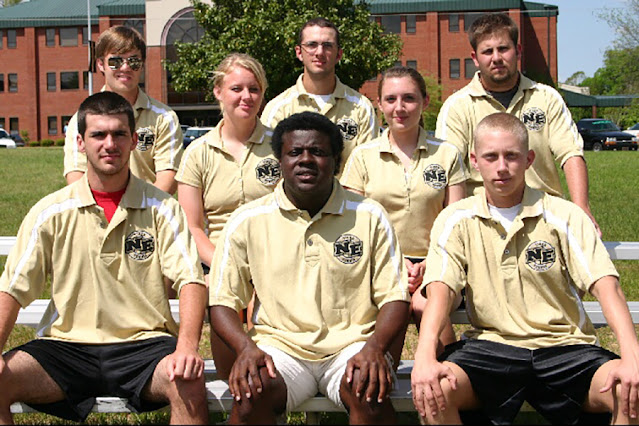