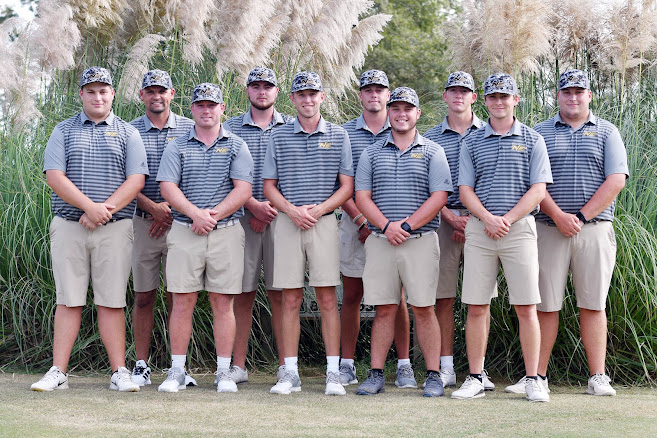 The Northeast Mississippi Community College golf team is being rewarded for a successful fall with its first-ever top five ranking in program history.

The Tigers checked in at No. 4 in the final Golfstat poll of the opening semester for National Junior College Athletic Association (NJCAA) Division II institutions.

In addition, four Northeast student-athletes are rated among the top 25 individuals in the country according to Golfstat. Eight different Tigers are inside the top 100 nationally overall.

“I’m so excited for the guys,” said Northeast head coach Derek DeVaughn. They’re getting the recognition that they deserve. I’m glad with where we’re at, but I believe without a shadow of a doubt that we’re going to get better.

“When you have that great of a team, they know that it’s not all on somebody’s shoulders. If some guy is having a bad round, then another guy will step up and that’s what you want in a team.”

The Tigers posted a sensational comparative record of 26-6 during its autumn slate of tournaments, including a 25-3 mark against NJCAA opponents. Northeast also produced an adjusted scoring average of 75.41.

Boosting the Tigers to their high ranking is a win during the inaugural Mississippi Association of Community Colleges Conference (MACCC) event of the season, which was held at Corinth’s Shiloh Ridge Athletic Club.

Jake Kilcrease led Northeast with a second place finish at 5-under-par 139. It was the first championship for the Tigers since the 2008 NJCAA Region 23 Tournament at Forest Country Club.

Northeast secured second place honors during its three other outings in conference and district play in the opening semester of the academic year. The Tigers added a fourth place result at Delta State University’s Derrall Foreman Intercollegiate as well.

Kilcrease guides Northeast with an individual national rating of eighth from Golfstat. The Brantley, Ala., product is currently second in the Magnolia State with an average of 72.25 shots per round.

Tate Dickerson follows Kilcrease at No. 12 in the country. The Austin Peay State (Tenn.) University transfer tied for runner-up at the second MACCC tour stop, which was hosted by Hinds Community College, with a two-day total of 146.

A strong end to the fall lifted Booneville’s Austin Lauderdale to the No. 19 spot in Golfstat’s poll. He was the low scorer for the Tigers during their last two events, including at the MACCC Tournament Preview in Wesson.

Carson Wilder appears just after Lauderdale at No. 25. The Kossuth High School graduate has already earned all-tournament distinction twice after recording third and fourth place finishes to begin the season.

Rounding out the list of Northeast standouts in the top 100 are Kossuth’s Austin Shaw at No. 58, Garrett Gray of Baldwyn at No. 59, Taylor Dean from Water Valley at No. 98 and Booneville’s Chase Calvery at No. 99.

The Tigers are scheduled to return to action following a nearly four-month break away from competition at the Mississippi Gulf Coast Invitational in Gulfport from February 22-23.