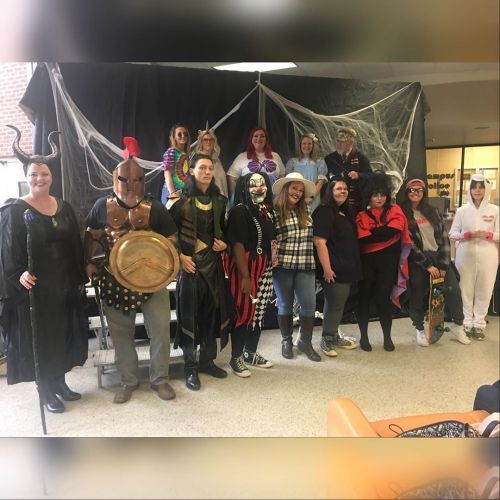 #NEMCC’s Sodexo Cafeteria held its first Halloween Costume Contest in the lobby of the Haney Union with approximately 20 Northeast employees and students taking part in the affair. Loki took top honors in the student contest with Creepo the Clown and Maleficent capturing second and third place respectfully. In the employee division, Emily Pollard took top honors with her girl outfit while John Yarber as Harry Potter and Jesse Dickerson as a Hippie captured second and third place respectfully. Sodexo’s Steve Miller served as emcee for the event. Employees and students went all out on their costumes from a mermaid to unicorns to Lydia from Beetlejuice to Tony Hawk to a Cheshire Cat to a Roman soldier and many more. #GrowNortheast #movingforward (at Northeast Mississippi Community College)
https://www.instagram.com/p/B4SpSdeFLce/?igshid=155mgm0r6geb5