Conner Davis has attained a prestigious accolade after making major strides at the plate for the Northeast Mississippi Community College baseball team. 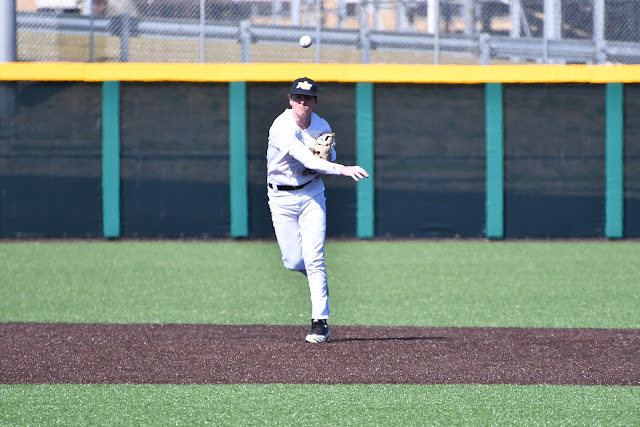 Davis was selected as the National Junior College Athletic Association (NJCAA) Division II Player of the Week for all games contested between February 8-14.

“We are really proud of Conner,” said Northeast head coach Richy Harrelson. “People do not know the amount of effort and work that this young man puts into his game. This award is well deserved and just shows that hard work truly pays off.”

Davis, who committed to Eastern Kentucky University prior to the beginning of his second freshman year, is the first athlete in program history to win the NJCAA’s weekly honor.

“It’s a huge blessing. I really can’t put into words how it feels,” Davis said. “If I wouldn’t have my family or coaches or teammates behind me, I wouldn’t be where I am today.”

Davis had a tremendous doubleheader at archrival Itawamba Community College on Wednesday, February 10 as part of a series of four games in two days for Northeast.

The Booneville native had seven base knocks, including three extra base hits, in nine total at bats against the Indians. Davis added three RBIs, two runs and a pair of stolen bases during the twinbill.

Davis posted his inaugural four-hit performance in a black-and-gold uniform during the opener. He doubled into the right-centerfield gap in the fifth and connected on his second triple of the young season one frame later.

He drove in both of the Tigers’ runs during a thrilling 2-1 victory in the nightcap. Davis brought the contest into a stalemate in the third inning with a RBI single to left field that scored Gray Berry from second base.

Davis accounted for what turned out to be the game-winning run in the fifth with an infield single to the shortstop that easily plated Bryce Stanton, who had tripled one batter earlier.

He started the week with three hits, two steals and one RBI versus East Mississippi Community College. Davis also scored both the tying run with two outs in the bottom of the seventh and the winning run in the ninth to wrap up a walk off victory for Northeast in game one.

The 5-10, 165-pound shortstop increased his batting average by more than 150 points during this phenomenal stretch. It rose from .250 all the way to .405, which now tops all Tigers.

Davis currently ranks in the top 10 nationally in seven statistical categories. He is fourth in the NJCAA with six stolen bases, sixth with four doubles, eighth with 15 hits overall and ninth after being hit by a pitch three times through 10 outings.

He has been just as good if not better defensively as well. Davis has helped turn three double plays and committed only one error in 32 total chances for a solid .969 fielding percentage so far this year.

Northeast Mississippi Community College shortstop Conner Davis makes a throw to third base during a game against Marshalltown (Iowa) Community College during the 2020 season. Davis was selected as the National Junior College Athletic Association (NJCAA) Division II Player of the Week for all games played between February 8-14.